Piano Project 2018 is the third Piano Project event run by Dylan Christopher and Colchester New Music. For each event, composers have been invited to submit scores for aspirant pianists – between the levels of grade 1 and grade 5, and no longer than 5 minutes in length – to be considered for the project.

This year Colchester New Music teamed up with EPTA Essex with the help of Sharon Goodey. After the submitted scores were analysed and discussed by a panel of three, they were distributed to EPTA Essex piano teachers, who let their students choose a piece (or pieces!) they would like to present at the concert.

On a sunny Saturday afternoon in June, students, families, teachers and composers descended upon Christchurch United Reform Church in Chelmsford. Sharon Goodey opened the event, inviting students to come up and sit near the performance space when they were ready to perform, creating a lovely relaxed atmosphere for the music to unfold in. Students were invited to say a few words about their pieces before they performed them – what they liked, or how they felt about the piece – which gave the audience a wonderful insight into the pieces, and it was fantastic from a composer’s point of view to hear how the performers had interpreted their work. Some students chose to perform more than one piece, and some of the composers’ works were performed multiple times (see below).

What was brilliantly unique about the event was not only was it a concert featuring purely new music, but that it was all performed by student pianists – of all ages. Not professionals, but students having that rare yet amazing opportunity to be among the first to perform a new piece of music.

During the all essential tea and biscuits an audience vote was taken as to the most popular piece. For Ellie by Dylan Christopher was the most popular with 41 votes, followed by New Boots by Theresa Chapman (34 votes) and In Autumn by Melanie Green (32 votes). Andrew Higgins from Alfred Publishing was also present at the event, with his favourite performances of the day being of Peter Thorne’s Little Boat and Dylan Christopher’s For Ellie. 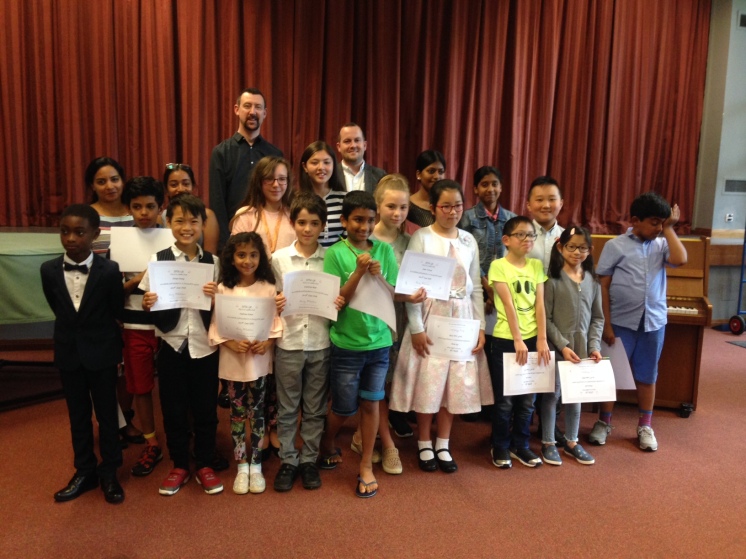